I love to travel.  I love to talk about travel. I love to research travel.  I love to write about travel.  I love the travel part of travel.  I especially love the adventures of travel.  Perusing the shenanigans of fellow travelers on my  Torly Travels  Instagram page is my moment of wanderlust in every day.   What I don’t see much of though, are the everyday hassles of travel. It’s perfectly natural to only post the good stuff so it looks like every experience is filled with rainbows and unicorns.  We all know that travel can be hard.  Travel is a commitment.  Travel can be stressful and exhausting.  We try not to talk about those things because who wants to hear the complaints, right?  What follows are a few amusing stories of our various travel misadventures over the years.  Because even the misadventures are opportunities to learn about the world.  And isn’t that the point of travel?

The passport renewal:   During the summer of 2011, we planned a short family trip to Paris.  Still fairly new to the ins and outs of international family travel, we packed our bags and put them by the front door.  About 2 hours before it was time to leave, my husband pulled out our passports only to discover that mine had expired one month earlier!  Needless to say,  we didn’t make that flight.  Resolution:  since we are lucky enough to live in NYC, we have lots of great resources right at our fingertips.  With It’sEasy expedited passport renewal service, I was able to go to their midtown location, take new photos, and get the passport processed all within 24 hours.  We still got to go to Paris, albeit one day later than scheduled, but it was an expensive mistake!! 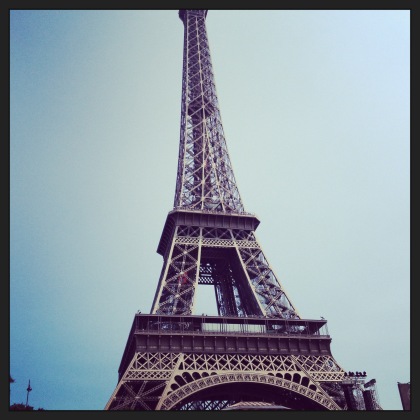 The Summer in Italy: In 2012, we experienced the first of our long term summer excursions abroad, in Italy.  While our 6 week adventure there is still ranked among my happiest life moments, we did have a few hiccups along the way! 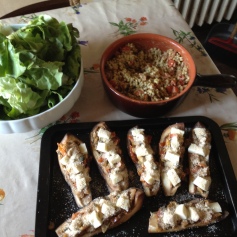 The luggage mishap: During the summer of 2013, we spent 6 weeks in France.  While we were traveling from Paris to Provence by train, we made a total rookie mistake.  We purchased our train tickets at the Gare De Lyon with assigned seat numbers.  We, however, missed the spot on our ticket where it distinguished 1st from 2nd class seat numbers.  So, as soon as we saw seats with matchi

ng numbers in the first carriage, we lugged our 4 huge suitcases (another rookie mistake – see my post on packing for European travel with kids here) onto the train, and settled in.  Seconds before the train left the station, another family arrived saying that we were in their seats and our seats were 6 cars back in 2nd class.  We had just enough time to jump off the train ourselves and run back the 6 cars to sit in our appropriate seats, but we had to leave our luggage where it was.  We figured we could move our suitcases the six carriages back one by one during the next 2.5 hour train ride south. Well, after the train left the station we learned that not only would it be impossible to move the suitcases (the first and second class carriages didn’t actually connect), but
when we arrived in Avignon the train would only be in the station for 2 minutes before leaving again!  With lots of pleading with the conductors (in broken French) and lots of help from passengers in the first car tossing our luggage out the door for us, we were able to get our suitcases off in time for the trains on time departure Resolution:  DO NOT travel with big suitcases ever again!

The train malfunction and my favorite travel story: In July 2015, we were exploring central Europe, including Czechoslovakia, Hungary and Croatia.  At this point in our travels, our goal was to use the usually very comfortable and on time trains in Europe, as much as possible.  We were scheduled on a 7 hour train ride from Budapest, Hungary to Zagreb, Croatia. Upon arrival at Keleti Station in Budapest, we discovered our track was hidden way in the back of the station and the train itself looked like something straight out of communist Russia.  Soon after the very crowded train left the station, we discovered that the air conditioning was broken (the temp was well into the 90’s), there was no running water and there was no refreshment car.  We quickly realized it would be a long journey and at this point we were just grateful to have seats.  About 4 hot and sweaty hours into the ride across the Hungarian countryside, the train suddenly stopped at a small town called Dumbovar.

The conductor made an announcement in Hungarian and everyone started to disembark the train.  We found ourselves in the very rare situation in Europe of almost no English speakers at all.  While we tried to assess the situation, we googled the nearest car rental and learned it was over 70 miles away, and since it was Sunday, it would be closed until Monday am.  After a bit, we learned that the tracks were under repair and that buses would take us to a new train station to complete our journey to Zagreb.    Well, the trains were so crowded that there were not enough buses to fit everyone.  Mayhem ensued while passengers rushed to shove their luggage in the cargo hold and then race to get on the bus before the seats were all filled.  We watched some people get their luggage on the bus and then by the time they made it to the door of the bus there wasn’t enough room for them.  As a family of 4 with 5 weeks worth of luggage, we decided not to risk getting separated.  While people were struggling to get seats on the bus, my husband spied a cab pulling into the station to drop off an outgoing passenger.  He ran to the driver and tried to ask him to take us to the nearest hotel.  The driver, of course spoke no English, so Tom whipped out his phone and typed those words into Google translate.  Next thing we knew the 4 of us were in a taxi driving off who knows where in the middle of Hungary.   We were thankfully understood by the driver because we shortly arrived at a hotel.  I ran into the lobby to see about availability while Tom stayed with the driver just in case there was no room at the inn.  When you hear people say that everyone in Europe speaks a little bit of English – it is NOT TRUE!!  Not a single person at this hotel spoke any English at all.  After 45 minutes of typing what we needed into Google translate, and the front desk person typing her response into Google translate, they were able to find a room for a family of 4 weary travelers.  As we got checked in, we learned that what we stumbled upon turned out to be a 5 star Hungarian Spa resort complete with a water park in the backyard!  Needless to say, the kids had the time of their lives and it created the most wonderful memories of our trip! Resolution: Be open to unforseen changes in your schedule as they can result in some of the greatest travel stories you will experience.

What are some of your favorite travel bloopers?  Tell us about them in the comments!